Okay, so usually I devote Thursday to highlight a hike that I’ve done here in Hawaii. Well, this isn’t a hike so much but it was an adventure and I can’t wait any longer to share it with y’all!

Hollywood has been busy for months building sets in preparation for filming the newest Jurassic World 2 movie! It’s been all the talk around the island!

My son is a HUGE Jurassic Park fan. I had been seeing posts from people on Facebook that they’ve been able to see some of the sets while touring Kualoa Ranch. I even saw this post on Instagram of Chris Pratt (Owen on the Jurassic series) being spotted during one of the tours at the ranch…

I figured, it was time to go see for ourselves!

Kualoa Ranch is like the Hollywood Studies of Hawaii. More than 50 movies and TV shows have been filmed at Kualoa over the years, including Paradise, Hawaiian Style, Jurassic Park, Jurassic World, 50 First Dates, You, Me and Dupree, Hawaii Five-0, Mighty Joe Young, Pearl Harbor, Windtalkers, Godzilla, Kong: Skull Island and Lost. (source)

We decided on the Movie Sights Tour since our goal was to see some “dinosaurs.” Immediately when we arrived, we saw signs there may be some dinosaurs on the grounds…

We saw this sign for the set and knew we were on the right trail… Once we checked in for our tour, we had some time to look around before the tour began. Let’s just say, I was a little excited to see who some of the Legendary Stars & Guests were! In particular: Duane Johnson aka “The Rock” and Alex O’laughlin “Steve McGarret” from Hawaii Five-O.

The tour took us to an old World War 2 bunker that was built in 1943. It was used in the military previously but now is used for filming various tv shows and movies.

There were also props from other movies:


As awesome as the bunker was, this was just the beginning of the tour!

Do these mountains look familiar to you?

As we drove through here, I could just imagine a bunch of dinosaurs or maybe some gyrosphere’s rolling around! 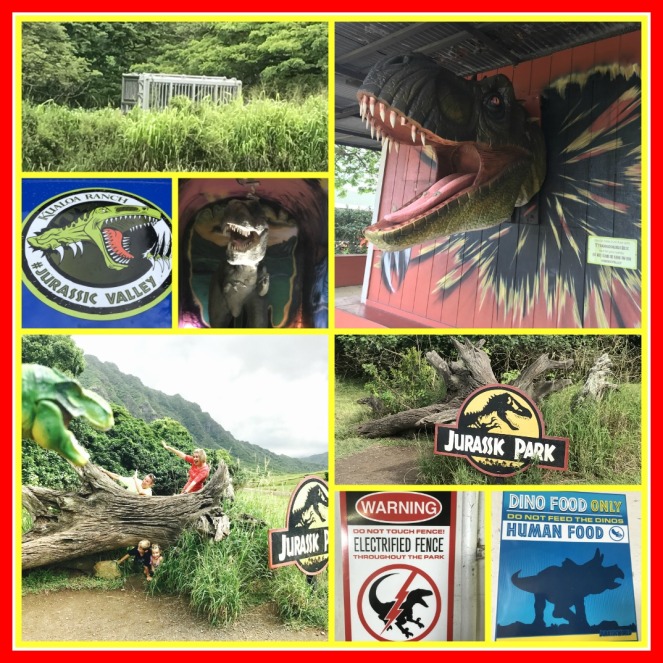 As we traveled down the road Lucy drives on every day on the movie “50 First Dates,” we also saw some left over props from Kong Skull Island which was filmed here last year as well as props from the movie Journey 2.


All in all, it was an amazing day!

It was full of fun things to see and perfect weather! I know of a few other locations they are filming on the island. So, I’ll be on the look out for sure! Maybe I’ll run into some dinosaurs while I’m out hiking even!?!!?

Are you excited for this new movie to come out? Have you seen the previous Jurassic Park movies? What do you think it will be about…besides dinosaurs!!?!? lol 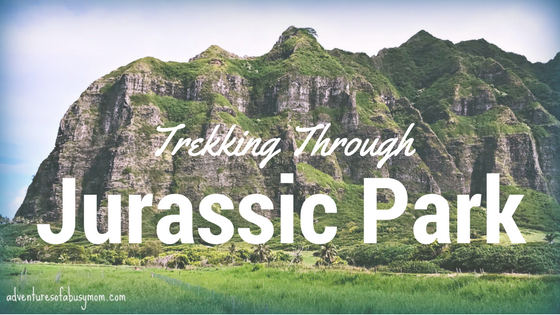 I am a military wife, a mother, a hiker, a dog lover, a refurbisher, a reader, a drawer, a baker...whatever I can do to enjoy life is what you will catch me doing! View all posts by adventuresofabusymomcom

8 thoughts on “Trekking Through Jurassic Park!”

Miss a post? Most recent posts can be found here!