Okay. So, this is less of a recipe but a food experiment I tried and I’m excited how well it worked out. So, I wanted to share it with you! 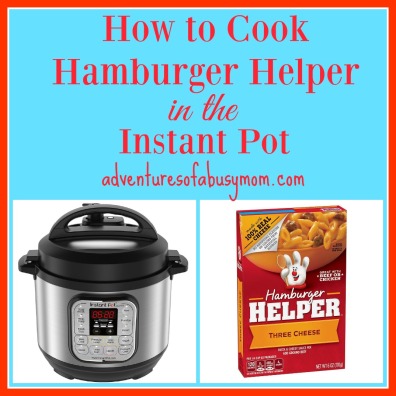 My best friend PCS’s (military move) last week and she was gracious enough to give me her pantry items since the movers wouldn’t pack it. Found in the mix was a box of Hamburger helper that was close to its expiration date. So, I decided we better use it up soon.

I also, recently got an Instant Pot which I’ve been having a blast with trying new recipes in. So far, they have all been successful and the kids are loving all of these homemade meals!

I decided, I wanted to try making this Hamburger Helper dish in the Instant Pot. I know, I know…it can’t really get much easier than Hamburger Helper! But, it CAN! I know you can relate on wanting to make meal time as effortless as possible!

Here is how I did it:

This seems pretty detailed. But, once you are used to the Instant Pot, it felt extremely easy!

The advantages to using the Instant Pot for Hamburger Helper:

Do you have an Instant Pot?

What is your favorite recipe?

Do you want to see more Instant Pot recipes like this?

Let me know, and I’ll share what I’ve been cooking in it lately! 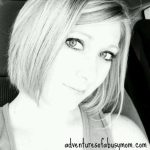 Be the Mommy You Want Her to Remember

All Queens Need a Costco Castle

In a Moment…He Was Gone: Sea Turtles

I am a military wife, a mother, a hiker, a dog lover, a refurbisher, a reader, a drawer, a baker...whatever I can do to enjoy life is what you will catch me doing! View all posts by adventuresofabusymomcom

Miss a post? Most recent posts can be found here!